Simply put, excluding women from economic production means cutting labour force in half. Countries with high development ambitions, many of which are low-income agrarian economies, have to use all means and tools available to make it to the 2030 Agenda finishing line.

It is now common knowledge that gender equality is a development booster and, indeed, women and girls made major strides in the last decade. However, have the lives of female farmers in in sub-Saharan Africa (SSA) improved  since the early 2000s?

A book released earlier this year tackles this question by using a unique dataset that followed smallholder farms for almost 15 years. The authors of “Agriculture, Diversification and Gender in Rural Africa (ADGRA): Longitudinal Perspectives from Six Countries” conclude that while the overall living standards have improved, women still have trouble accessing land, capital and essential business skills due to discriminative legal and cultural norms.

Summarising her observations, Agnes Andersson Djurfeldt, professor in human geography at Lund University and the leader of the work behind AGDRA, says: “All the people from the villages where we have done qualitative fieldwork report that living standards have improved. The factors are usually reflected in the number of children attending school, electrification, better healthcare, or housing standards. However, throughout the time period of the study, we observed that male headed households have benefitted from changes in agricultural policy the most.”

Progress for female farmers is still hindered by a number of factors, such as legal and cultural status, exclusion from alternative employment options and inheritance laws. Additionally, women often work as unpaid family labourers and have limited access to capital. This reduces their roles in decision-making regarding farm management. Certain trends and inequalities are undisputed: women tend to grow less lucrative crops, have on average less land and lower access to markets and fertilisers, while men dominate wage-employment sources of non-farm income (NFI); the list goes on. 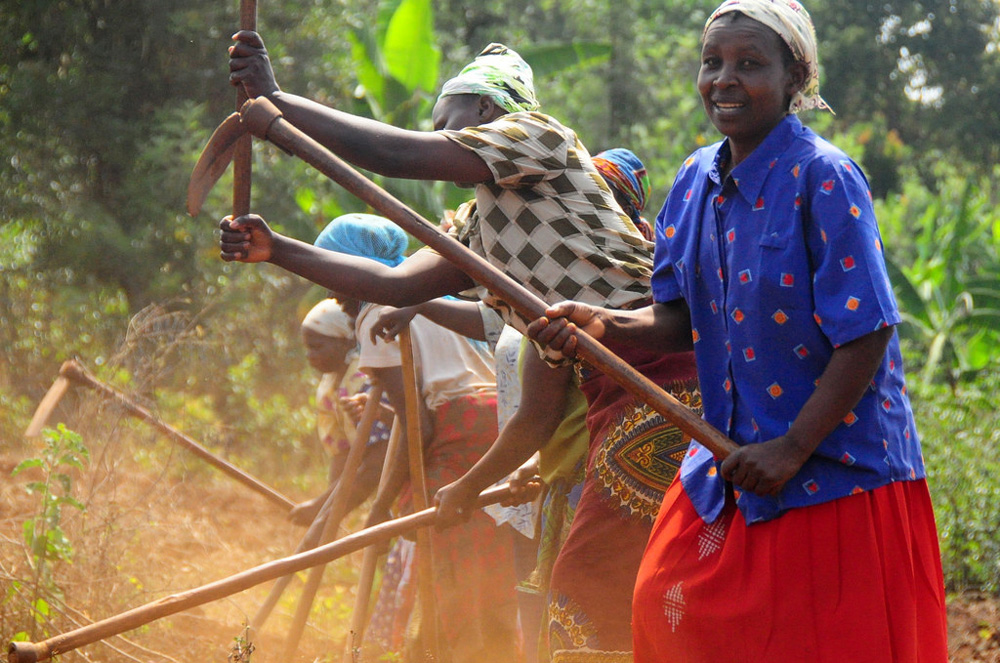 Moving farmers away from the farms

Developing agrarian economy and improving farmers’ lives is a daunting task. It is hard to say that everyone benefits equally, even if there is economic growth. Based on the principles promoted in the World Development Report 2008, agricultural policy in many countries in SSA has largely been focused on increasing the productivity of smallholder farms.

The main assumption of this approach is that farmers can take care of their own food security by diversifying crop production, growing higher-value crops, achieving greater commercialisation and, ultimately, moving away from the agricultural sector altogether. This is supposed to happen in tandem with an increase in agricultural labour productivity, so that individuals gradually get more free time and earn more money off-farms in the cities.

However, the pre-conditions for success of this model are still not present in SSA. Many countries in the region are struggling to increase their agricultural productivity, lack adequate infrastructure and have a sharp divide between rural and urban areas.

Agnes Andersson Djurfeldt and her co-authors question the relevance of the approach World Bank Group suggested in 2008, particularly because previous and current policies have failed to benefit female farmers, despite gender equalising intentions in several countries.

Through surveying villages in 2002, 2008 and 2013 in Kenya, Tanzania, Mozambique, Ghana, Malawi and Zambia, the authors were able to draw remarkable conclusions on progress and development in Sub-Saharan Africa. So, what is the general picture?

Several countries in the countries of sub-Saharan Africa have been working on pro-gender agricultural policies, mainly focusing on increasing productivity through greater access to fertilisers and seeds. Let’s have a quick look at two examples. Malawi: NGOs pick up the baton

Malawi often appears in the news with a reference to food shortages. Agricultural policy in Malawi has been knotty – the country has made changes in subsidy programmes, privatised the fertiliser sector and rolled out policies inadvertently excluding smallholders. Malawi also heavily relies on rain-fed agriculture, the technology uptake among farmers is low too. Due to structural and cultural reasons, women in Malawi are more vulnerable to food insecurity and poverty because they tend to generate less produce, are less likely to have alternative income sources and are generally labour-constrained in comparison to men.

The Government tried strengthening female farmers, for example through crop diversification and fertilizer credit schemes. However, policy implementation has been lacklustre: “The money and policy initiative often come from donors, while what happens on the ground is different. Due to poor implementation capacity in general, local municipalities do not have sufficient resources and national policies are often influenced by donors. Sadly, often local NGO’s fill the donor void”, Agnes explains.

NGO’s such as World Vision, the Credit Union of Malawi Organisation and the International Potato Centre have been driving localised change to fulfil the promises of the Government. However, the engine behind the projects is funding, and when the funding ends, most donor-supported schemes tend to fall apart. In the end the glaring problem is poor governance. 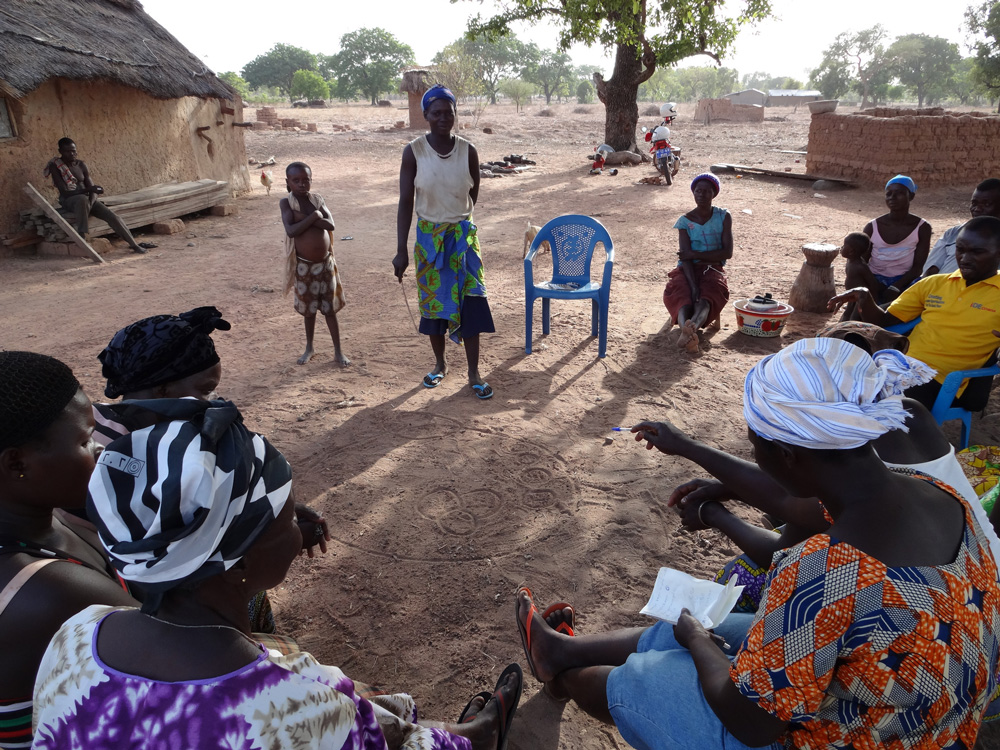 Ghana: The connection between non-farm income and agriculture

Ghana’s agricultural productivity is stagnant. At the same time, agriculture is the largest employer. The country rolled out agricultural modernisation and agro-industrialisation policy with focus on mechanisation and small-scale irrigation. However, surveys from 2015 showed the policy was effectively implemented only at 1 % of the farms in the country. In the absence of effective investment, experts like Agnes started to look at non-farm income (NFI) as a way to improve rural development. Women with constrained access to land and agricultural resources can particularly benefit from this approach.

“If you have gender equalising ambitions you can redistribute resources such as land to women, which may be unpopular but beneficial in the long run. This may be a more viable option over time. The NFI model instead relies on connecting women to markets to level out gender opportunities. However, men may still be more successful in business because they have more resources to begin with. While this means that NFI has its own problems empirically – from a gender perspective the sector appears to be more equal”, Agnes explains.

Further exploration reveals that when it is possible to earn non-farm income, female farmers in Ghana tend to reinvest surplus into non-agrarian resources. This is a good alternative for women who are otherwise constrained by limited opportunities within the agricultural sector. However, societal change won’t happen unless Ghanaian government increases funding for agriculture. Currently, the capital investments in the agricultural sector is simply insufficient. What are the next steps?

There is no simple answer, although the ADGRA study puts forward three main policy recommendations:

Tailoring interventions specifically to women and their needs is at the heart of creating a long-lasting development effect. To even out gender inequality, female farmers need extra leverage, tools, and resources. Long-term vision is crucial as socio-economic change does not happen overnight.

It is also important to understand that farming isn’t the only thing people who live in rural areas can do. Rural development needs to consider a bigger picture. For instance, there is huge potential in exploring non-farm business opportunities, like handicrafts and processing. These new structures can provide more favourable conditions to women, levelling out gender gaps.

“I think that agriculture should fairly benefit both women and men. It is cruel and wrong that women do not have access to productive resources by default. Everyone has the right to a decent income and life regardless of gender. Ultimately, we will need new legislation, especially on property rights, a lot of work is to be done in terms of raising awareness and changing social norms,” says Andersson Agnes Djurfeldt.

The AGDRA study is unprecedented because of the geographic and temporal scopes. However, the same culprits have been identified many times before. The next step is to tackle them with effective action.